Marking the 9th. Battle of Svolder

Click 'The Oracle' title above to enter The Oracle Forum and discuss your quest for answers with kindred spirits. Courtesy costs nothing - if you disagree with someone, disagree politely. Abuse is not tolerated.
Post Reply
1 post • Page 1 of 1

Marking the 9th. Battle of Svolder

King Olaf rode a rising swell astride the deck of The Long Serpent that day,
Beard forked in plats, sun-struck axe flashing; a bristling godson of Asgard.
Ninth of September, 1000 AD, tough as Alder, Olaf Trygvasson of Norway,
But he had renounced pagan ways, nature’s deities now held in lowly regard,
Fought in the name of Christianity, the battle of Svolder seethed in the grey.
Greatest naval conflict of the Viking age, although greatest is a poor word?
King Olaf lost his ship, pagan nature’s unity drove him to leap into the spray. 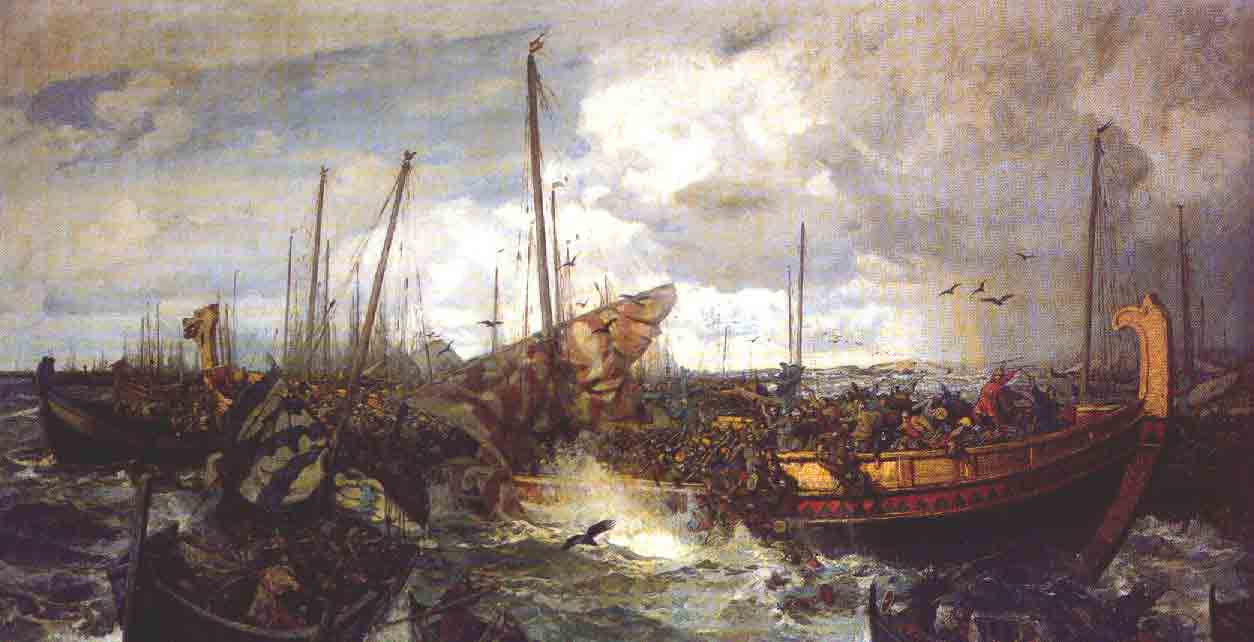